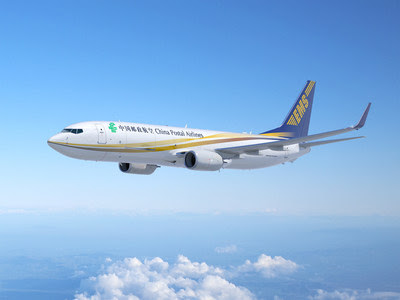 Through its converted freighter programs, Boeing extends the valuable service life of a passenger airplane by modifying it to function as a freighter.

“This is a historic order both for China Postal and Boeing,” said Yufeng Li, president of China Postal Airlines, who signed the agreement with Boeing leaders at a ceremony today in Beijing. “The 737-800 BCF will bring to our freighter fleet more advanced avionics, better fuel efficiency and lower operating costs that will ensure China Postal’s continued success as a leader in the industry.”

China Postal’s agreement with Boeing – which also includes the purchase of seven Boeing 757-200s that the airline plans to convert into freighters – marks the largest purchase order in the airline’s history.

“We are honored that China Postal Airlines has put their trust in Boeing as they expand their freighter fleet,” said Rick Anderson, vice president, Sales and Marketing, Boeing Commercial Aviation Services. “We are committed to this program, which addresses a growing need in the market, and are currently working closely with multiple customers in China and around the world who are interested in the experience, reliable execution and seamless global support Boeing brings.”

“With its express market growing at a double-digit rate fueled by e-commerce, China has surpassed the United States to become the number one e-commerce market in the world,” said Ihssane Mounir, senior vice president, Northeast Asia Sales, Boeing Commercial Airplanes. “Boeing is committed to supporting China Postal Airlines and other express carriers to harvest this opportunity and become competitive in the global market.”